"The next time I am in the market for an AR-15, DEZ Tactical Arms will be at the
top of a very short list." -Shawn Herrin @ WeLikeShooting.com

"We shoot a lot of guns during the course of a year and we were very impressed with the attention to detail, the craftsmanship, engineering and testing that goes into each handcrafted DEZ Tactical AR," says Bill Rogers, Executive Producer of History of the Gun. "The AR has come a long way since its inception and DEZ Tactical Arms has taken the rifle to the next custom level." -Bill Rogers @ History of the Gun

"This is a nice little rig here." - Safe Arms Review 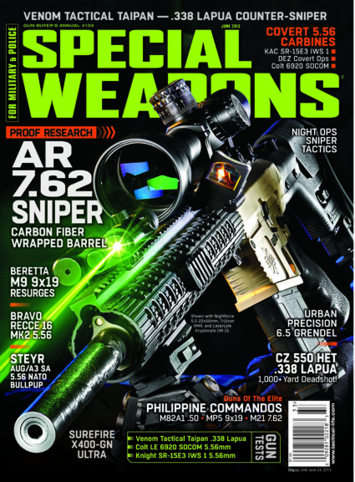 "Given DEZ's experience as barrel-maker, I was expecting some solid accuracy from the Covert Ops Carbine - it passed with flying colors. On a very cold day of testing it continually held 1-MOA or less." -Special Weapons Magazine June 2013

Featured on Season II of the TV Series, "History of the Gun" | Awarded the 2016 Custom Gun Manufacturer of The Year.

History of The Gun - Segment 4 - At The Range 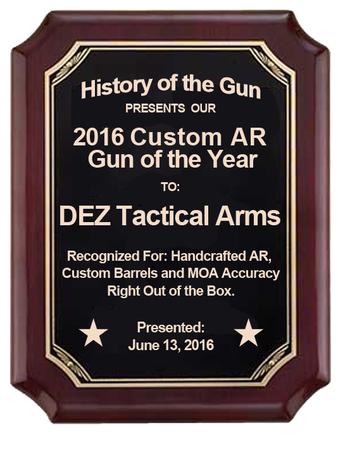 DEZ has Exhibited at The Following Industry Trade Shows / Events